“MY FATHER’S LAND,” is a feature documentary, which explores the life of Papa Jah, a humble Haitian bushman and gardener. He has spent the last forty years in the Bahamas, building a life for himself and his children, while living in the marginalized Haitian community, “the Mud.”

As a strict deportation policy and growing xenophobia sweeps the country, news arrives of his 103 year old Father taking ill, back in Haiti. Fearing he may not see his Father before he passes, Papa Jah sets out on an adventure, traveling back through Haiti, to his family’s small village on the remote island of La Tortue, to reunite with his Father – hopefully before it’s too late.

Juxtaposed against the strikingly rich visual texture of the Caribbean, this travel adventure story, entertains through humor, intimate cultural spaces and vivid landscapes, while touching on socio­economic complexities of immigration, culture and identity. 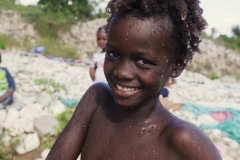 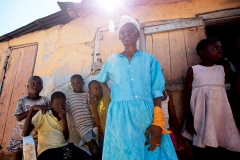 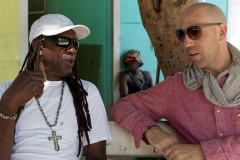 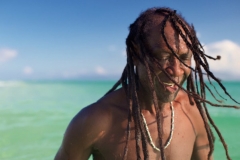 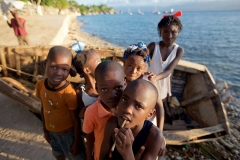 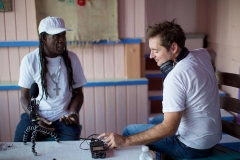 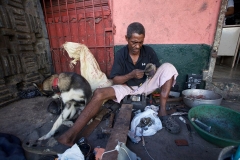 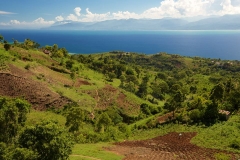 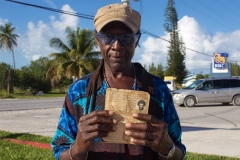 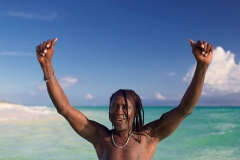 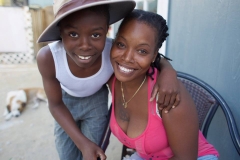 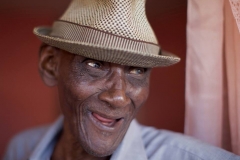 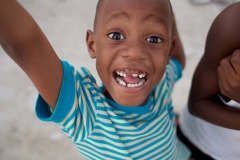 Tyler Johnston, is an award-winning Producer, Director and Actor, with Caribbean and American roots. His work as an artist and filmmaker is recognized internationally and throughout the Caribbean, including the National Art Gallery of the Bahamas’ permanent collection. His short film “Five Bones” won the RBC First Look Caribbean Award in 2011 and in 2015, his feature documentary, “My Father’s Land,” was awarded the Amnesty International Human Rights Award. Tyler is also the founder of the Portland Maine Film Festival.

Miquel Galofré, is a filmmaker born in Barcelona and based in the Caribbean. He has worked as a Director, Producer, Photographer and Editor, for more than 25 years. With experience in television, commercials and feature film production, he has traveled extensively and filmed on location around the world. His documentary, “Songs Of Redemption,” won the best documentary award at the Krakow Film Festival, in 2014, and his feature documentary, “Art Connect,” won the premier award at the Trinidad & Tobago Film Festival. Miquel is the founder and Creative Director of Trinidad and Tobago Rocks, a premier content and media company based in the Caribbean, with projects worldwide.

Geoffrey Victor, is a Haitian-Bahamian entrepreneur, educator and community leader. Known as the “Wolf,” Mr. Victor, has worked in underserved Caribbean communities for over thirty years, focusing on youth development and social outreach. He was an associate producer on the award winning short movie, “Five Bones,” and “My Father’s Land,” a feature documentary, which was honored with an Amnesty International Human Rights Award. Mr. Victor, is also the captain of the Bahamian national champion football team, Abaco United, and the owner of Chief Creole Cafe.