Since 2015, at least 16,000 Venezuelans are confirmed to have fled to Trinidad and Tobago. The twin island republic is of one of the most economically viable options for asylum seekers, yet many are unaware of the reality that is to welcome them.

Nearest Neighbours, interweaves the stories of four main sets of characters: a journalist; a couple with three young children and their abuela; a woman who is living in a horse stable among other refugees; and a computer engineer turned construction worker and his family.

The film explores how these refugees and asylum-seekers navigate their environments daily and work to move their lives forward amidst their many challenges, including rampant xenophobia and a lack of legal rights due to the absence of local refugee legislation.

Rhonda Chan Soo is a Trinidadian documentary filmmaker. A combination of scholarships allowed her to pursue her tertiary studies in the United States. There, a journey of discovery and re-committing to following her interests allowed her stumble upon the previously inconceivable idea of documentary film as a profession. And since then she hasn’t looked back… Rhonda aims to explore stories of Trinidadian, and of Caribbean identity by extension, examining where we are, where we’ve come from and where we’re headed. Above all, she loves stories of everyday heroes, overturning stereotypes, and participating in bringing marginalized voices to the mainstream.

Rhonda holds an MA in documentary filmmaking from Wake Forest University and a BSc in Environmental Science from Furman University. She was also selected as a fellow with the Southern Environmental Law Center in Birmingham, Alabama in 2013. Rhonda returned home to Trinidad to develop a body of work dealing with contemporary issues of Caribbean identity. She directed Riding Bull Cart which won best local documentary short at the trinidad + tobago film festival in 2015, and Quiet Revolution, which won the jury award at Green Screen, The Environmental Film Festival in Trinidad in 2016. She has worn several hats in the narrative film and TV industry, including co-producer on the narrative feature film, Moving Parts, directed by Emilie Upczak. She has worked with the media team on a youth outreach organization, The 2 Cents Movement, on the technical team at the trinidad + tobago film festival, and as a lecturer at SBCS. She is the director of the documentary film, Nearest Neighbours (2019), which explores the experiences of Venezuelan refugees and asylum-seekers in Trinidad and Tobago.

JAB IN THE DARK

ROBERT McFARLANE Trinidad & Tobago | 2013 | 36 mins "JAB IN THE DARK" - A troubled night security guard working at a container compound is...

“NEAREST NEIGHBOURS:” BEHIND THE SCENES 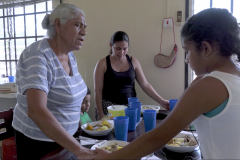 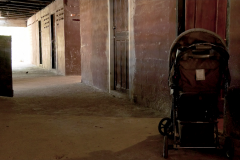 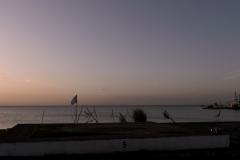