PANOMUNDO PT 1: THE EVOLUTION OF THE STEELPAN

Slavery may have been the catalyst, but culture and passion formed this sound in Trinidad & Tobago. The steelpan (steel drum) can take the claim of being the only acoustic instrument invented in the 20th century. However, this sound not only moves people today, but it parallels the island’s history of colonization and the demand for independence.

The first section of this two-part film highlights the precursors of the steelpan and the creation of the instrument until it gained international recognition in Britain in 1951. Interviews from steelpan legends, such as Ellie Mannette, Sterling Betancourt, Cliff Alexis and Ray Holman, are included.

Charysse Tia Harper, who is of Trinidadian descent, was born and raised in Oxnard, California. She graduated from the University of Southern California (May 2006) with Bachelor degrees in Cinema & Television Productions and Broadcast Journalism. She also earned a Master’s in Management & Leadership (May 2009) at Regent’s University London in the United Kingdom.

She has focused on her culture in three of her projects: 1) award-winning film, The Other Side of Carnival (2010), which looked at the social and economic impact Carnival has on the Trinidad & Tobago society; 2) T&T 50 in Fifteen (2012), a look at important events that have occurred during Trinidad & Tobago’s 50 years of independence; and 3) Panomundo, completed in two parts in 2016 and 2019, a project, which examines the history of Trinidad & Tobago’s steelpan and its influence around the world.

Image of Keith Musaman Morton above. 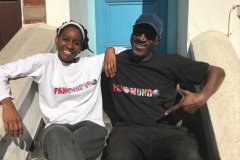 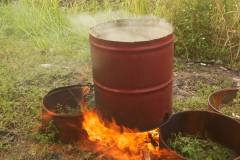 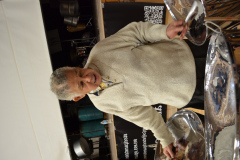 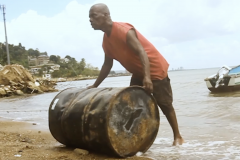